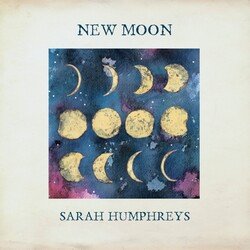 Central Coast troubadour Sarah Humphreys has been hard at work this year, recording her third studio album ‘New Moon’ with none other than Kasey Chambers in the production seat. Due for release on November 14, ‘New Moon’ showcases Sarah’s soulful folk-infused vocals and heartfelt lyrics.

Since Humphreys first started making music in 2000, she has built herself a devoted following with her quiet determination and compelling voice.

It’s no exaggeration to say that New Moon’s rattling, uncompromising first single ‘Take Your Time’ will gain the Central Coast artist more new fans and reward the fidelity of those constant supporters.

The songs themselves showcase her barefooted honesty and a shy persona that is at odds with that sometimes intimate, often soaring voice, its Australian patina shifting between anger, joy, sensual confidence and raw power. “I called it New Moon because the songs are influenced by the cycles of life; it’s how things work. Every month, the moon goes from new to full and you have that dark phase, but you always come out of it, into the light. I’m just embracing those changes.”


New Moon’s production captures Humphreys at a creative peak, with fresh songs that lay bare the joys and fears of life on the road, of love and loss, and being a parent. “Kasey I knew I could trust with my songs. She knows me – she knows my songs."