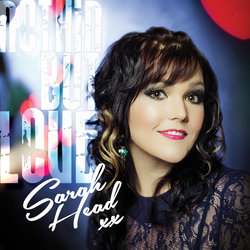 Queensland-based singer/songwriter Sarah Head has been making her mark on the Australian and International country music scene with her heartfelt lyrics, sensational voice and captivating performances.
Sarah’s latest EP “Nothin’ But Love” was written and recorded in Nashville, under the direction of Nashville-based producer B.James Lowry. Sarah moved to the country music capital for 9 weeks and attended co-writing sessions with the likes of world-class songwriters Lauren Lucas and Ben Daniel, and leading industry icons such as Bob Regan and Byron Hill. This EP follows the 2011 release of Sarah’s debut EP, “Girl Like Me”, produced by Simon Johnson at Hillbilly Hut Studios on the Central Coast of Australia.
At the 2013 Tamworth Country Music Festival she was named one of the Top 4 grand finalists in the Toyota Star Maker competition, something which launched a whirlwind year, seeing Sarah as a top 5 finalist in coveted awards such as the MusicOz Awards, the People’s Choice Awards, and the My Song Award for Singer/Songwriters. It’s no surprise she has been receiving such recognition, this 2007 graduate from the Australian College of Country Music has been working diligently on her music for over a decade.


“Nothin’ But Love” was co-written with Ben Daniels and B.James Lowry–as a fun, upbeat exploration of love. The trio wrote the song with the radio platform in mind – particularly through the catchy lyrics, universal subject matter and pop-country vibe–to capture the true essence of love, in a fun way.