Sarah Head - Me And Jack 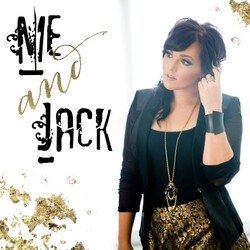 At last year’s festival she was named one of the Top 4 grand finalists in the 2013 Toyota Star Maker competition, something which launched a whirlwind year, seeing Sarah as a top 5 finalist in coveted awards such as the MusicOz Awards for Independent Artists, the People’s Choice Awards for Most Promising Future Star, and the My Song Award for Singer/Songwriters.

It’s no surprise she has been receiving such recognition, this 2007 graduate from the Australian College of Country Music has been working diligently on her music for over a decade, honing her skills as both a singer and songwriter and performing at all sorts of venues around the country as a solo artist, and recently at the Urban Country Music Festival in the Songwriter’s café.

The EP “Nothin’ But Love” was written and recorded in Nashville. This EP follows the 2011 release of Sarah’s debut EP, “Girl Like Me”, produced by Simon Johnson at Hillbilly Hut Studios on the Central Coast of Australia.


Me and Jack tells the story of one woman's struggle with relationships, dependence and alcoholism in an alluring, dark, contemporary country ballad. The vocal delivery is emotive and captivating, while the composition showcases the finest Nashville musicians in a high-class performance.