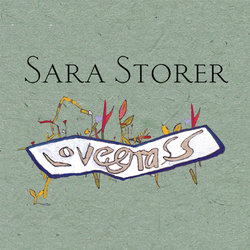 Sara Storer will be one of the headline attractions at the 2013 Gympie Muster, where she will officially launch the new album.

Sara Storer has gone on to become one of the most respected singer/songwriters in Australia. She has a won a staggering 14 Golden Guitar Awards in addition to her Platinum and Gold albums.

“Sara has a unique way of seeing and expressing her observations of love and life in the bush. So she is a songwriter who will be remembered beyond her lifetime,” says iconic bush balladeer John Williamson.

‘Lovegrass’ was produced in Australia by the mulit-award winning Matt Fell, who has produced the entire Lovegrass album.


Since her last release, Sara Storer has had her third child and says that ‘Lovegrass’ is a song written about her husband Dave.