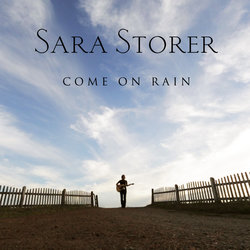 The ARIA Nominated Lovegrass debuted at #25 on the ARIA Mainstream Album Sales Charts when released in August and has been one of the most critically acclaimed albums of 2013.

Sara Storer has gone on to become one of the most respected singer/songwriters in Australia. She has a won a staggering 14 Golden Guitar Awards in addition to her Platinum and Gold albums.

“Sara has a unique way of seeing and expressing her observations of love and life in the bush. So she is a songwriter who will be remembered beyond her lifetime,” says iconic bush balladeer John Williamson.

‘Come On Rain’ was produced in Australia by the mulit-award winning Matt Fell, who has produced the entire Lovegrass album.


“This is a co write with my brother Greg Storer. It’s the perfect song to start the album. It expresses what matters most and what we pray upon,” says Sara Storer.
“It sums up once again the everyday thoughts and feelings of a farmer’s mental war with the bloody weather!”