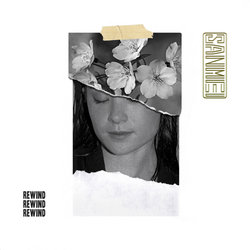 San Mei garnered both international and local praise with debut singles Wars and Brighter, from tastemakers such as NME, Indie Shuffle and Nylon Magazine tipping her as an artist to watch.

Emilys love for music began at an early age while studying classical piano, as well as growing up in a household filled with music ranging from the Beatles, to opera, to musical theatre.

2016 sees San Mei heading into the studio again, now culminating in her heady, guitar-driven new single Rewind, as well as focusing on live shows, with a debut EP on the horizon.


San Mei's potent vocals glide fluently over crunchy guitars, with raw, understated production from Hamilton herself along with Konstantin Kersting, lending an unmistakeable frenzied tone. The pang of longing is palpable - and so is the wisdom in preferring to have lost than never loved at all.