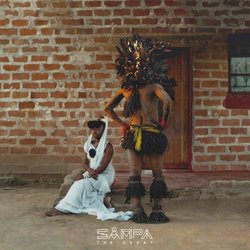 The rise of Sampa the Great has been spectacular to watch, having accumulated over 33 million streams collectively since her 2015 breakout, The Great Mixtape. Her second mixtape Birds And The BEE9 was defined by The Observer as an album in which “categories dissolve around her” and also won the Australian Music Prize as Best Album Of 2017. Sampa capped off 2018 with her single “Energy”, which premiered via Zane Lowe’s show on Apple Music’s Beats 1, with the accompanying video reaching has 1.2M YouTube views to date.

Entertaining audiences across the globe, Sampa has won a wave of adoring fans with her live shows, performing across the country’s most iconic festivals, including Laneway Festival, Splendour in the Grass, Golden Plains, Sugar Mountain, Womadelaide, Vivid Live & more. Sampa recently returned home, performing her first African shows in Swaziland, Zambia and Johannesburg, before heading to Hobart this June for the iconic Dark Mofo festival and world-renowned Glastonbury festival in the UK. Keeping in the company of greatness, she has supported the biggest names in music including Kendrick Lamar, Ms Lauryn Hill, Thundercat, Hiatus Kaiyote, Ibeyi and Little Simz.


“OMG” addresses Sampa’s ideas of home through the exploration of her African heritage. Taking a page from the sounds of her childhood in Botswana, the single proudly showcases Sampa’s culture through vocal aerobics and flexes, clapped to the beat with precision and attitude.