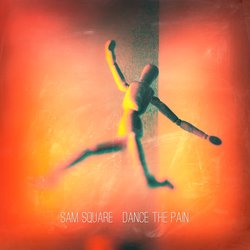 With simple, laconic songwriting, Sam Square tells the stories of the highs and lows of life. Brooding mantras intertwine with growing soundscapes that drift in and out from big nights out and cold Sunday mornings in.

Sam Square announced his career in the late summer of 2017 with the pilot single Cool Change. Since then he has released 3 follow-ups, Biblical Sky, Ten Thousand Miles and electro house inspired song One in Five.

Sam Square will release his next single, Dance the Pain in November 2017

Influenced as much by the folk genius of John Martyn as the progressive house scene of the late 90s, Sam is a socially awkward extrovert, finding euphoria in darkness, confidence in vulnerability.

Sam Square flaunts his many contradictions in all his music.


Cool change is a lazy summer song. Drifting guitar and sofy synths are punctuated by laid back beats and Sam's unique deep voice. As relief arrives, the song lifts up a gear to create the bliss of a long awaited cool breeze

Other tracks by Sam Square: Dance the Pain
%