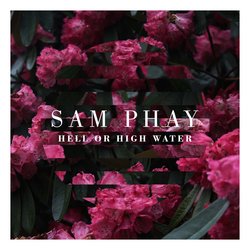 2018 was a monumental debut year for Australian writer and producer Sam Phay. After performing to millions of listeners on Triple J’s Like a Version and performing at the Sydney Opera House as part of Vivid Festival, Phay wrapped up the year with his debut release, ‘Trace’ and played his debut show supporting JEFFE to a packed out room in Melbourne’s Gasometer Hotel. After finding success on steaming in both Australia and Europe, Phay is kicking off 2019 with his second single, ‘Fool’ out Friday February 22.

24 year-old Phay spent the most part of 2018 writing with some of the most exciting up-and-coming artists in Australia. Earlier in the year he received news that a track he co-wrote and vocal featured on with Kuren, ‘Never Enough’, was being released, which was followed by an invitation to perform on Triple J’s Like A Version and at the Sydney Opera House. After an indomitable performance and the streaming success of ‘Never Enough’, industry buzz for Sam Phay ensued.


It's the first track I wrote for the Sam Phay project and kind of paved the way sonically for the rest of the tracks. It’s about committing your whole self to someone.