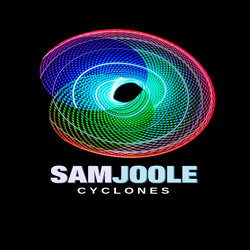 Sam Joole is a Sydney based singer writer and artist. He has released 3 solo albums and a host of side projects and band projects.

His 3 solo albums to date have all been centred around acoustic folk/ world beats and ballads and sam has been touring the east coast of Australia hard.

His latest release - Cyclones delves into a more electronic world and has been compared to Gorillaz and Beck. It is also being launched live in an Art Gallery and with multi media installations and live art.

Sam plays from solo to band to hybrid loop computer style and carries a distinct signature voice over his multi genre - musings.


QOTW was originally a poem to Jenifer Lopez written back in 2001 sitting outside the MTV building in London. It's a dub reggae influence with a hip hop-egyptian blues vibe.

It features Jani from Rastawookie on BVs and a knee slaying freestyle rap she came up with. It's been likened to gorillaz but it has its own thing going on.


Other tracks by Sam Joole: FRIENDZONE
%