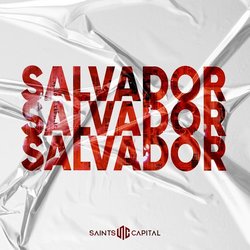 Saints Capital have come out of the gates swinging with their debut single ‘Salvador’. The single, that can only be described as genre defying, still clearly remains worshipful and passionate with SC’s signature sound that is tailor made for airplay.

For all the track heads, there are thick melodic bass lines, emotive string sections and heavy hitting kicks and subs, but this song is about so much more than just the production elements. From the light and shade in the vocal melodies to the intricately threaded layers in the lyric, every part of the song is intentional, each piece adding to the message. BIG things are expected for this track as it continues to gain momentum and capture the hearts and attention of radio, music industry, and media.

Saints Capital aren’t new to the scene, and are made up of hit writing duo the Banton Brothers. They have written hits for the likes of Hillsong, Hayley Warner, Intersection, Marvin Priest, Trinity, and Wasteland, and worked with global major labels such as BMG, EMI, Universal, Island Def Jam, Sony, and Avex Entertainment.


‘Salvador’ is a song for anyone and everyone regardless of age, race or social status. From someone who’s on a spiritual journey searching, to someone who’s already found grace. The single, that can only be described as genre defying, still clearly remains worshipful and passionate with SC’s signature sound that is tailor made for airplay.