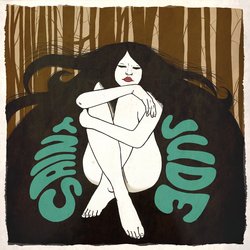 Saint Jude are a Melbourne based five-piece playing gospel tinged country and garage blues with a rock'n'roll swagger. The culmination of three years of writing and rehearsing, the members of Saint Jude cut their teeth in bands such as Little John, Dynamo and Downhills Home before bringing together their love for past masters such as The Faces, Little Feat and The Band, into their debut self-titled record.

Recorded over a dozen cold and raining days, laboured over and loved, Saint Jude have made a record equally full of low key rumination and coarse, unmannerly charm which they are proud to call their own.

Saint Jude began in infancy in 2009. Then just a two piece, Brooke Penrose (vocals, guitar) and Bill Deeble (drums) shuffled their unusual concoction of blues and manic beats around local haunts before self-releasing their debut EP ‘The Mountain’ to some acclaim. A wealth of songwriting ideas soon necessitated an expansion of the sound. A meeting of minds happened when they hustled in Ryan McCarthy (lead guitar), Bern McMahon (keys) and Mick Stylianou (bass) to affirm a welcome and inspiring addition to the line-up.


Black Monkey is a strident, sombre journey through fear and doubt as a man comes to terms with his own mortality. Mellotron and Theremin ebb and flow alongside the dense and textured tones of Saint Jude at their bleakest.

Other tracks by Saint Jude: I Don't Know Why  -  Out of This Land
%