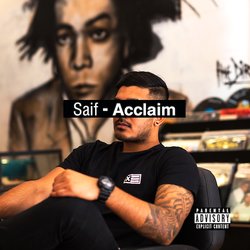 Saif was born in Dhaka, Bangladesh. Later moving to Auckland, New Zealand and then Sydney, Australia. First met hip-hop when his friend was bumping Eminem - Marshall Mathers LP. Took an interest into writing songs at the age of 14, started making music at the age of 23 after going through life situations, music was the element that helped confide. Influenced heavily by Blu, Nas & Lowkey, Saif aims to capture conscious lyricism integrated with soul feel beats. Completing his first project, Blue City in 2016 which took him outside of Sydney for his first time to perform. His second album Acclaim, was released 3rd March 2018.


First track from my album Acclaim.