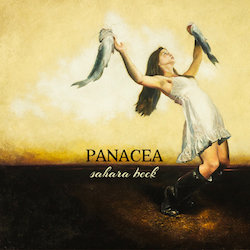 It has recently been announced that Sahara will be joining The Cat Empire and Xavier Rudd on a six-date, open-air national tour alongside fellow support acts Harts and Ocean Alley. She has also added a series of summer festival and support dates to her hectic touring schedule including The Falls Music & Arts Festival in Lorne, Jungle Love Music Festival as well as Port Macquarie Festival of the Sun.

Beck has just been nominated for Queensland’s Live Voice of the Year for the National Live Music Awards (NLMAs). Panacea has garnered rave reviews since its April release, with its ambitious arrangements and wildly diverse influences – from jazz and soul to glitchy beats – gelling together into something that feels completely unique. Beck’s second LP, the record was built around a week-long session at the legendary 301 Byron Bay studios – just days before it closed for good.


With its sugary sweet harmonies, rollicking percussion and cacophonous horns reminiscent of vintage rag-time cabaret, Beck states of the show stopping tune “Crack Bang Bang is a Kinks styled ode to every ex-boyfriend there ever was. It's summer!