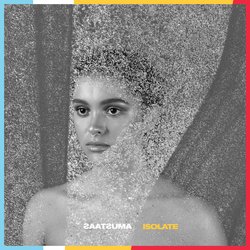 Saatsuma is a Melbourne-based electronic project, a collaboration between Memphis Kelly and Cesar Rodrigues. Saatsuma share their first single of 2017 'Isolate'.

Isolate is Saatsuma’s third single release following up from Storm and Floating, both of which received praise from local and international tastemakers such as The 405, Acclaim, Broadsheet and features from triple j, 3RRR, FBi Radio including live performances at PBS Studio 5 and Balcony TV.


A collaboration between Memphis Kelly and Cesar Rodrigues, Isolate explores the destructive nature of complacency, and the notion that disengaging from the issues around us will only lead to further decline. Mixed by Dream Kit and mastered by Adam Dempsey. 'Isolate' is the first taste of Saatsuma’s debut album.