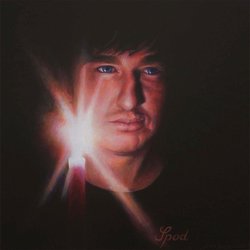 SPOD has always been an artist that defies ‘easy’ categorisation. To understand the roots of the man and the myth, one must cast their minds back to 1995 - to a time in which two high school friends in Sydney were able to bond over a mutual admiration of Ween’s ‘Push Th’ Little Daisies’. With a borrowed four-track recorder, the pair looped grainy Beastie Boys beats onto a CD player, unknowingly drafting the beginnings of what would go on to become their new band, SPOD.

Evolving into a one man show, SPOD came of age within Sydney’s booming indie-electronic scene of the early 2000s. SPOD’s in your face live shows became synonymous with the musical landscape of the era, and were marked by an onslaught of a high energy, defiant ‘Up Yours’ attitude and crippling on stage honesty.

Now, SPOD is back, sitting somewhere between the cynicism of his youth and the impending doom and wisdom of old age.


'Make Things Right' is a track about late nights, cold city streets, headlights spread through the fog, sirens splashing on the empty brick walls. Out on the streets, looking for your only son who’s old enough to make his own decisions, but young enough to not respect the consequences