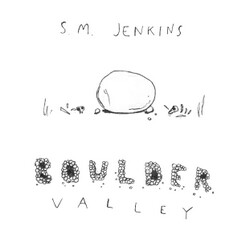 SM Jenkins is the solo alter-ego of Step-Panther frontman Steve Bourke. It's a name which, as any 1990's alt-rock aficionado will tell you, was the pseudonym that Pavement frontman Stephen Malkmus listed himself as on their "Wowee Zowee" album.

But it's the only thing remotely fictitious about this project. As SM Jenkins, Steve's debut solo EP "Out There In The Zone" is an introspective and very personal set of songs, that had its genesis in the more laidback parts of Step-Panther's 2014 album "Strange But Nice".

Written and recorded at home over the course of a year he was living in Mittagong, in the NSW Southern Highlands, Steve's solo material imbues the widescreen rock jams of Kurt Vile and Steve Gunn ("Out There"), as well as the lone-folk solo noodlings of J Mascis (from Dinosaur Jr) and Freeman (ex-Ween) ("Baby Blues").

"Boulder Valley" is a loping ode to a bushwalking footway located behind his house, and both "High Beamin'" and "Out There" were inspired by long late-night drives. Steve also manages to find room for a couple of his by-now-trademark comics references - keep an ear out for nods to Radioactive Man ("Mikrowave") and Masters Of The Universe ("Endless Realm").


"Boulder Valley" comes from the debut solo EP by SM Jenkins, the alter-ego of Step-Panther frontman Steve Bourke. Inspired by living in the NSW Southern Highlands, Steve says "This is a song about a place behind my house, but it's exaggerated to sound more special than it really is."


Other tracks by SM Jenkins: Mikrowave
%