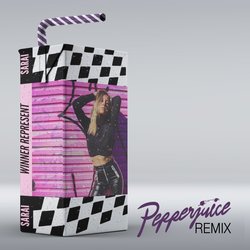 Singer-songwriter SARAI hails from Coffs Harbour, on the east coast of New South Wales. SARAI has spent years honing her craft by pouring her soul out into her records day after night. She signed to Source Music for the release of her debut single, “Get To You”, which was immediately added to Spotify’s 'New Music Friday' playlist and Billboard Magazine’s ‘2018 Pop Songs You Might Have Missed’ playlist.

2018 was a huge year for SARAI with consistent single releases generating hundreds of thousands of streams on Spotify, Apple Music and with placements in the Channel 10 series ‘Playing For Keeps’ and a Glassons online branding spot.

Keeping that buzz going into 2019, the talented singer-songwriter and dancer just can’t keep still working with artists like JVLY, YOMI TWICE and JUST A GENT. Giving us a taste of what was to come, SARAI released the energetic "STARXLOVERS", leading into her highly anticipated debut "Mixtape", an ode to dance-pop and 'Noughties R&B.'

Growing in confidence, SARAI has gone from exploring her insecurities and developing as an artist to this new strong persona, ready to tackle the world and gain all the glory that is rightfully hers.


SARAI is the undefeated champ once again! This time she’s teamed up with the Parisian duo Pepperjuice for this blasting remix of “Winner Represent.” Stirring in big drops, ascending hits and a powerful breakdown, Pepperjuice have squeezed every ounce of energy into this track, lifting the trophy with SARAI as she continues to conquer the game.