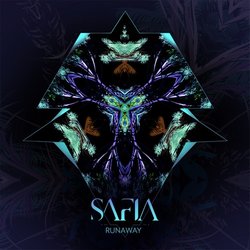 With two weeks to go until the release of their second album Story’s Start or End on 9 August and following on from their recent spine-tingling triple j Like A Version, today SAFIA drop the next taste of the album in single ‘Runaway’.

Written and produced by the band over the past 2.5 years in their hometown Canberra, the album will include previous singles ‘Resolution’, ‘Think We’re Not Alone’, ‘Starlight’ and ‘Cellophane Rainbow’. Story’s Start or End will showcase the Australian three-piece’s bold vision and fine attention to detail, with intricate production and adventurous arrangements underpinning thoughtful musings on identity, growth, and understanding. As a band they are known for forging entire sonic landscapes with rich, cinematic detail and Story’s Start or End will continue that not only sonically but also visually through their live shows.

In the past year SAFIA have made a celebrated return to Splendour in the Grass, and graced festival stages including Beyond the Valley, Origin Fields, This That, The Grass is Greener, The Drop and a headline slot at Corona Sunsets. They also completed a sold-out run of limited capacity shows down the East Coast of Australia and played to adoring crowds in China twice.


‘Runaway’ builds on the expansive previous single 'Resolution' with a thumping drum groove and textured layers carefully crafted the way SAFIA do best. Once again self-produced by the band, ‘Runaway’ celebrates the world (and universe) around us and compels us to live in the moment.