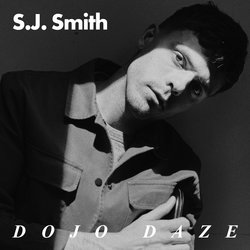 On the surface S.J. Smith’s music is a comfortable medley of lush guitars, warm vocals and infectious melodies; digging a little deeper, however, uncovers an underlying earnestness and unreserved honesty in his writing. Conceptualised from self-reflection and through wistful nostalgia, Smith’s songs are an ode to those that often find themselves disorientated in the rapid turbulence of life… or, if you choose, they are a simple and pleasant escape.

So far, it has been single after single for the Melbourne-based musician, but S.J. Smith is happy to announce that his debut album is finally ready to be released into the world. It has already gained some early industry praise, after recently securing​ 6th place ​in ​Happy Mag’s 2019​ Needle In the Hay ​Competition​, judged from over 1,000 entries. As a completely independent musician, finishing his debut has been a long arduous process, but one he admits needed to take time. Set for releases in early 2020, S.J. Smith is gearing up for a year that he hopes will see his music reach new and exciting areas.


Combining charmingly nonchalant vocals, lush saxophone and percussive breakdowns, Dojo Daze is catchy, propulsive and, at times, downright groovy. Inspired by his time living in an inner-city karate dojo, in Melbourne - it's about rejuvenation and finding peace with wherever you're at in life. The track also sees Smith tackle saxophone, keys, guitar and bass himself for the first time.