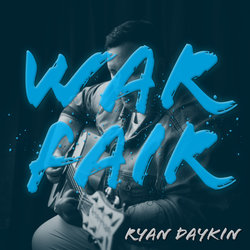 With well over a decade’s worth of impassioned songwriting, Victorian-based Ryan Daykin, is recognised for his ability to connect with his fans on a deeper level than most.

The 2015 release of Ryan’s debut EP ‘Dreams’ was an immediate hit, with the first two singles both achieving top 40 radio spots which resulted in 2 nominations in the 2016 Australian Country Music People’s Choice Awards.

This year, Ryan has released new music which has lead to appearances on Spotify’s editorial playlists on multiple occasions. His single ‘Ain’t Gonna Miss Me’ premiered in February and made waves across national and international radio, peaking at #4 on the iTunes country charts and #13 on the Country Tracks charts.

His sophomore EP, ‘Keeping Secrets’ which dropped just a month later, debuted at #8 on the iTunes country charts, peaking at #7. It features collaborations with established Australian Country Artists', Aleyce Simmonds, and Hayley Marsten

Ryan has locked in multiple collaborations in preparation for his debut album, on which work will commence in late 2019. With a diverse range of influences from Motown to Shania Twain, Ryan is becoming known as a game-changer in the developing Country Music industry in Australia.


War Fair speaks on the breakdown of a relationship, and reaching a point between the two of you where there is no going back. 'Hope is dead and love is gone - when you don't care and I don't care - there's no way to make this war fair'. And they say all is fair in love and war.....