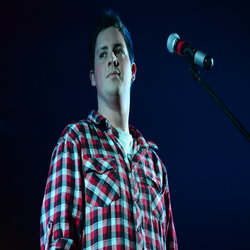 Growing up in Mansfield, Victoria and still residing there to this day, Ryan is a familiar face in his hometown – known for his outstandingly social nature, wicked sense of humour and his unique & emotive singing voice & musical style. Ryan only performed in public for the first time in 2007, and since then has been a regular performer around Mansfield & the High Country of Victoria, appearing at many events around the district. Ryan has built a strong local fan base and following, who have proved extremely loyal in following his musical development.

At the age of just 24, Ryan has been educated by Jen O’Donnell in Mansfield for over 7 years, and also by the David Jaanz Academy of Singing in Melbourne. Ryan was accepted into the Country Music Association of Australia’s annual and prestigious Academy of Country Music in 2012, where he was under the instruction of some of Australia’s biggest names such as David & Merelyn Carter, Felicity Urquhart, Kevin Bennett & Tamara Stewart. It is there where Ryan really began to hone his craft as a performer.


‘Falling’ appeals with its honesty, and its strong message surrounding the struggle that is mental illness, its effect on its sufferers, and the ones around them.

Other tracks by Ryan Daykin: Tonight Only Happens Once
%