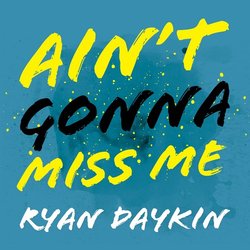 Originating from Victoria, Ryan has spent the last few years building his fan base across Australia. The 2015 release of Ryan’s debut EP ‘Dreams’ received an amazing critical response from country radio and fans, resulting in Ryan achieving 2 nominations in the 2016 Australian Country Music People’s Choice Awards.

Ryan has been making strides in the industry, and has had the pleasure of writing and sharing the stage with industry heavyweights; such as Allan Caswell, Lyn Bowtell, Drew McAlister, and Aleyce Simmonds

Ryan has a busy 2019 ahead of him, with a brand new EP entitled ‘Keeping Secrets’ which will be released in March 2019, featuring the hit single 'Ain't Gonna Miss Me', which debuted at #4 on it iTunes Country Charts.

With an ‘outside the square’ approach to music, Ryan Daykin’s mission is singular in that he seeks to perform good music without the constraints of genre limitations. And with a range of influences that stretch from Motown, to Shania Twain, and almost everything in between, Ryan’s performances are as dynamic as they are captivating.

So, if you’re into earthy country-alternative with strong hooks and compelling lyrical themes, then definitely take a moment to check out Ryan Daykin.


'Ain't Gonna Miss Me' is a typical anthem taking aim from the view of a scorned lover. Every step, every breath, they will be regretting their decision and wishing they hadn't done them wrong. 'Better hope you don't outlive me, cos that's the only way you ain't gonna miss me'