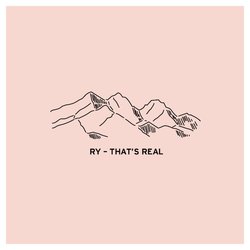 After discovering his idols Jay-Z, The Notorious B.I.G, Eminem, Wu-Tang Clan and OutKast, Ry started rapping in secret as a teenager in his bedroom, and he admits, “It was only about 5 or 6 years ago that I developed the confidence to learn how to construct songs and make music. Fortunately, Melbourne is filled with so many great bars, clubs and events for young hip hop artists, so I’ve really been able to use that to my advantage.”

When Triple J recently plucked him out as a featured Unearthed act, Ry admits that moment put him on the local map, gaining him radio exposure and giving him some great momentum resulting in being casted to the iTunes New Artist spotlight for August 2015 reaching #4 on the Australian iTunes Hip Hop /Rap Charts.


Fuelled by triumphant horns and dominant drums, Ordinary Record is a far cry from it's title. If anything, Ry's energetic raps and choruses are a celebration on the closing track from his EP Ivory Coast

Other tracks by Ry: That's Real
%