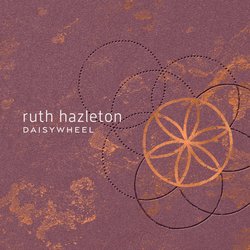 DAISYWHEEL is a lyrical voyage from the past through to the uneasy times in which we live; the sound of history, struggle & resilience in song.

It’s also the name of the recently released and highly anticipated first solo album from one of Australia’s most respected folk singers, Ruth Hazleton. A multi-award-winning musician, singer and songwriter, Ruth has toured nationally and internationally in a career spanning twenty-five years. Over this time, she has performed and recorded with iconic musicians from all over the globe including Andy Irvine, Nancy Kerr and Bruce Molsky.

Armed with an electric guitar and banjo and a collection of traditional and original songs, Ruth will be joined onstage by a full electric band including Guitars, Banjos, (Fiona Steele), Upright Bass (Oscar Neyland), Drums & Percussion (Justin Olsson), Mandolin, Oud and Yayli Tambur (Paddy Montgomery). DAISYWHEEL is a stunning new sound brimming with originality and something to say.


A song acknowledging the horror of Australia’s frontier wars and the continued act of colonisation implied when we refuse to embrace ‘truth-telling’ about our colonial history. The song recognises storytelling, retelling and remembering as powerful forms of protest and healing.