Rusty & The Saint - Shoulda Been A Champion - Internet Download 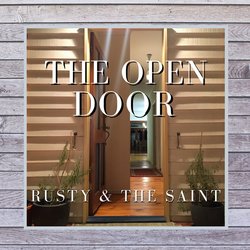 Long-time musical acquaintances finally come together on stage to present an eclectic selection of contemporary folk-influenced songs that will appeal to a wide audience.

Rusty is Russell Churcher. Russell's first festival performance was as a lead soloist in Peter Bellamy's folk opera 'The Transports' at the 1988 National Folk Festival. He has also performed at countless country halls, clubs and pubs from Port Macquarie to Mungindi, he has supported touring artists such as Foster and Allen, Jimmy Little and John Williamson and has performed in front of the Prince of Wales, the Duke of York and many other hotels.

The Saint is David De Santi. With an Italian heritage and musical background David De Santi has been involved in the Australian folk music scene since 1984. He is an original piano accordion wielding member of the Wongawilli (Bush Band), I Viaggiatori, Zumpa (Italian Folk), The Humphreys (contemporary folk), The Con Artists (folk orchestra), Folkaphonic Punk Orchestra and has travelled the world performing Australian folk music. He has been involved in publishing, recording and researching good tunes and songs of Australia and beyond since 1990.

Other tracks by Rusty & The Saint: The Open Door
%