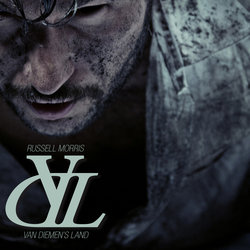 Australian musician Russell Morris has hit the charts with the second album in his Australian history trilogy, “Van Diemen’s Land”, becoming his very first top five album since his recording career began in 1967. It is unique to see Australian stories told in such a way through blues music and Russell is proud to bring the stories of our past to a new generation.

Exploring wartime stories such as Breaker Morant and his own father’s story from the World War II Sandakan death marches through to the dawn of Queensland’s sugar cane industry, the 1894 shearer’s strike, Bendigo’s gold rush and even Rosaleen Norton’s coven of witches in 1960s Kings Cross, Morris has again tackled the good, the bad and the ugly of Australia’s past, serving up the yarns that have woven themselves into the rich tapestry that is Australian culture today.


The second in a trilogy celebrating Australian history, the record’s title track “Van Diemen’s Land” has been released as a stunning new video in the Tasmanian wilderness and is accompanied by a string of shows premiering the album live to fans around the country.


Other tracks by Russell Morris: Birdsville