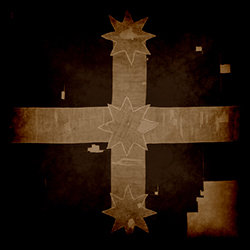 Russell Morris is one of Australia's most enduring singers. A major pop star in the late 1960s, he went on to become one of the country's most well-known singer-songwriters.

Of course, there is The Real Thing, Rachel, Mr America, Sweet Sweet Love, Wings Of An Eagle, Hush....but it wasn't until 2013 Morris second wave of success occurred when he released an album of self-penned blues music.

Sharkmouth received little commercial radio play, but went on to become his most successful album, reaching No. 6 on the ARIA charts.

In 2014, he follows this success with Van Diemen's Land, a continuation of his Blues trilogy.

2014 marks 160yrs since the extraordinary events at Eureka.

The Eureka Stockade saw a rebellion of Ballarat gold-miners, lead by Peter Laylor against the colonial authority.

It was the birth of democracy in Australia.