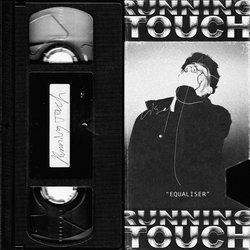 Running Touch released his debut EP ‘A Body Slow’ earlier this year hitting #1 on iTunes Electronic album charts and #9 overall. Next came a huge 15 date AUS/NZ headline tour, selling out every show across the country in a matter of weeks, including 1600 tickets in a few days across two Corner Hotel shows in Melbourne.

Renowned for his live performance - A hybrid between a one-man-band and electronic act – he combines his talents as a guitarist, pianist, bassist, vocalist and dancer to create a beautifully weird and exceptionally wonderful live-performance as seen on prestigious stages such as Splendour, SXSW + more.

With a musical background stemming from the Hardcore scene, Running Touch serves as founding member and main studio writer of one of Australia’s top breakthrough hardcore bands ‘Ocean Grove’, whose album earlier this year was chosen as Triple J’s Album of the week and debuted at #5 on ARIAs album charts, leading them to play mainstream at Splendour In The Grass and sell out huge headline tours across Australia and Europe.