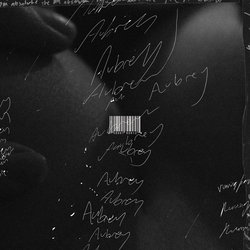 Hot off the heels of performing his high energy, cinematic secret show in Brisbane for Big Sound , Running Touch has today released his new single ‘Aubrey’.

Not content to produce some of the most innovative electronic music coming out of Australia right now, the Running Touch ethos runs through every element of the creative process. From directing the video for previous single ‘Levitate (It’s All Too Perfect), to creating the art for his releases, and conceptualising a unique live show.

Aubrey is the third single to be released and follows ‘Levitate’ and the chart topping ‘Courtesy Of’ which has been streamed close to a million times online. Running Touch was named as the #7 artist to watch for 2016 [inthemix], came in as one of the 50 most played acts on triple j Unearthed and had his breakout track ‘What’s Best For You’ listed as one of the Top 100 Tracks of 2015 [inthemix] to name just a few in his long list of achievements. He has secured placements on some of the biggest stages in Australia – Splendour in the Grass, Groovin’ The Moo, Beyond The Valley, Listen Out and Southbound Festival.


Aubrey was written and recorded by Running Touch and Ira Horace, the first collaborative track for the artist who usually acts as a one-man band - playing guitar, drums, piano, launch pad, curating lyrics, singing and even rapping on his own productions and live show.