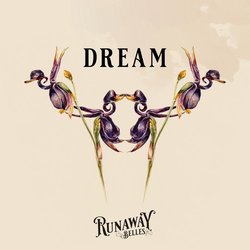 Runaway Belles is an emerging folk-pop band featuring Tasmanian singer-songwriters Tash Parker and Emma Anglesey. Both established songwriters and musicians in their own right, Runaway Belles make two voices sing as one in flawless harmony (even their mothers can’t tell who’s singing when they watch them).

At the outset, the intention of the two artists was to write timeless, classic songs that use a modern sonic palate, and they’ve hit the mark. After hearing the yet to be released EP for the first time and seeing Instagram videos of the girls playing live, Chloe Goodyear, Head of Programming for the Woodford Folk Festival and The Planting and Executive Producer the Festival of Small Halls, immediately booked Runaway Belles to play The Planting 2019. Chloe is just one of many music industry luminaries who sees great potential in Runaway Belles, both artistically and commercially.

Runaway Belles first performed together at Dark Mofo in 2014. Without ever releasing a recording, word of mouth propelled them to feature at festivals including A festival called Panama, Festival of Voices and Party In The Paddock. They have also supported Katie Noonan, The East Pointers and Liz Stringer.


A bouncy and care free song - the perfect soundtrack for packing the car and heading off on a summer holiday.