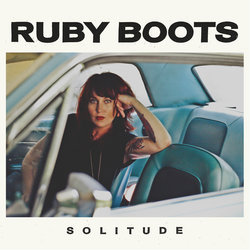 Fresh from supporting The Waifs around Australia this month, including two sold out shows at Melbourne and Taronga Zoo's Twilight Series, Perth artist Ruby Boots has today released her brand new video and single for stellar track “Middle Of Nowhere”. Lifted from her highly acclaimed debut album Solitude, the song was conceived following a slow burning journey to get to Utah on a writing trip with Vikki Thorn from The Waifs.

Adding her flair to the Australian Americana/Alt Country scene for some years now, and doing so with a world of style and sass, it’s no wonder she has become one of the leading go-to-talent for like-minded artist when they come and tour Australia. Ruby Boots spent the better part of 2014 touring nationally with artists like Nikki Lane, Shovels and Rope and Shakey Graves as well as some of Australia’s finest song writing icons The Waifs and Mick Thomas. 2015 saw Ruby Boots release Solitude to four star reviews from the likes of Courier Mail, The Music and Beat.


“Middle Of Nowhere” is a song that encapsulates its surroundings: written on a farm in the remote southern parts of Utah, the song is about bravery, facing fears and the pits and falls we all endure getting ‘there’ - and of course the reward of coming out the other end!

Other tracks by Ruby Boots: Cola And Wine
%