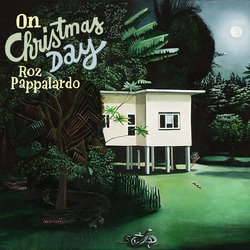 ‘On Christmas Day’ is the first single from a new album, I Left My Heart In Highgate Hill which has been curated and produced by Brisbane singer songwriter Sean Sennett. The work features a host of Queensland based women and is set for release in early 2017.

Given the time of year it seemed appropriate to release this heart stopping prelude ‘On Christmas Day’ which features Roz Pappalardo on lead vocals. Papparlardo, apart from her work as a solo artist, is best known as one half of the acclaimed duo, Women In Docs.

‘On Christmas Day’ was written by Robert Parde and Sean Sennett. Built around a stirring piano motif and a faint Church organ the song presents an enigmatic narrative that could be about forgotten friends or lovers or anything in between.

The cover art for ‘On Christmas Day’ is the Anne Wallace painting ‘The Swamp’.

More information including the full track listing and artists involved in I Left My Heart In Highgate Hill will be announced early 2017.


‘On Christmas Day’ is the first single from a new album, I Left My Heart In Highgate Hill curated by Brisbane singer songwriter Sean Sennett. The work features Queensland based women set for release in 2017. This song features Roz Papparlardo on lead vocals and Sean on backing vocals.