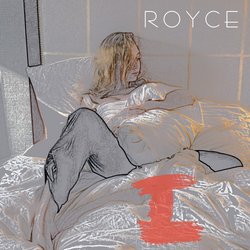 2018 has been huge for Royce. Earlier this year she released ‘Cold Air’, ‘Vegas’, ‘Down’ and 'Casual', and am so happy about the reaction so far. ‘Vegas’ is out on soundtrack of the upcoming Ch 9 series CounterPlay, ‘Down’ has been placed in an upcoming documentary film, and she had a blast making both a video to ‘Cold Air’, and performing it live on TV. Triple J Unearthed called her out as “most likely to co-write with Billie Eilish” in the 2018 Unearthed High competition and Cold Air and Casual have both had Triple J national airplay. She is incredibly lucky to work with the amazing MSquared and Frank Dixon as producers, and a great team of musicians on her live shows. 'I' will be her last release for the year and she plans on working on new music over the holidays and doing more live performances to anyone who will hear her in the new year.


'I' is Royce's most raw, emotional song so far. It stemmed form a period when she was going through a difficult time with a friend, and puts into song the feelings we have when arguing with ourselves to get through the pain of a love or friendship that has made us feel second best.