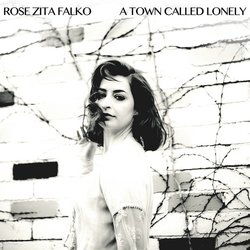 ‘A Town Called Lonely’, is an Americana storytelling song with a twist of Western Noir poetry. It introduces the notion of loneliness, a recurring theme in each of her songs on her debut EP ‘Original Son’. Rose Zita Falko invites the listener to the night drives, where highway lights show a glimmer of existence and the imaginative landscape carries the driver to question each town they pass through and ponder what secrets each might hold within.
‘A Town Called Lonely’ looks at the idea that our state of mind can lure us down metaphorical and literal roads that veer us off the main highway.
“I took visual inspiration from the many roads of country Victoria and NSW, that I regularly travel along, so I could infuse the lyrics with strong imagery” Rose Zita Falko said.
With toe tapping percussion performed by Peter Maslin, rippling electric guitar by Emilio Kormanich and threaded together with Jason Vorherr on base and backing vocals, this song has been engineered by the masterful Steve Vertigan at Soggy Dog Recording.


This rhythmical tale noir will draw the listener into a story they are all familiar with and can relate to - Loneliness. With a semi-finalist’s nomination from the 2017 International Songwriting Competition already credited to its name, ‘A Town Call Lonely’ is ready to hit the airways.