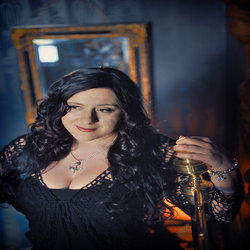 "I always draw from personal experience when I'm writing, but I think the most important thing as a songwriter is to make those emotions and stories universal, so they connect with everyone who hears the songs,'' says Rose.

As well as preparing new material for her own forthcoming third full length release, Rose has found her songwriting services in demand by a number of other artists.

While regularly co-writing with long-time friend and one half of award-winning duo McAlister Kemp, Drew McAlister, Rose has found her tracks recorded and released by a number of artists, including most recently, Australian songwriting legend Allan Caswell and hot up-and-coming country artist, Ben Ransom.

Of the new material, she says, there is definitely more of a rock/bluesy edge than perhaps ever before. It's a fact which excites the singer, as she ponders showcasing the tracks as part of her fresh live set.

Over the years there aren't many stages around the country Rose hasn't walked. Her soulful voice has been heard at many of Australia's premier music festivals, including the Gympie Music Muster, Mud Bulls and Music, Mildura, Urban Country Music Festival, Boyup Brook, Bridgetown Blues Festival and the Tamworth Country Music Festival.


I am so proud of the songs I have written for this new album and I cannot wait to share them with the world.