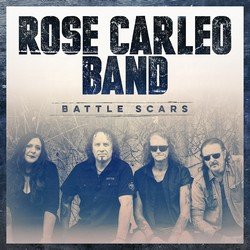 The rise of heavy blues rock outfit ‘Rose Carleo Band’ has proved to be something quite exceptional. The result of a chance meeting, this is a formidable band with an undeniable difference.

With powerful, soulful vocals backed by gutsy guitars, driving bass and primal beats of four-on-the-floor grooves, the dynamism of this band is truly something to experience.

Award winning, ARIA charting singer Rose Carleo believes she found the winning formula of songwriting, musicianship and performance.
“Before our first rehearsal we knew we were on to something great” said Carleo of the band’s line-up, complete with the inclusion of Mick O’Shea on drums and Steve King on bass. Guitarist Mick Adkins said “there’s a saying ‘Drive it like you stole it’ and that’s exactly how it feels. There’s an intensity that’s hard to describe. When you’re in the midst of belting out a tune that you co-wrote and seeing, hearing, feeling that everyone has taken ownership, it’s just brilliant”.

Rose Carleo Band seamlessly fuse the elements of riffs, grooves, melody and infectious hooks to create a sound that brings a modern-day edge to the genre made famous by acts such as Free, Bad Company, Led Zeppelin, Janis Joplin et al.


Battle scars aren’t just physical signs of injuries sustained in the heat of a firefight - they can be life-long strains of emotional trauma as well. ‘Battle Scars’ is an account of realisation and acceptance. Scars are reminders of the past but they can be catalysts for newfound motivations.