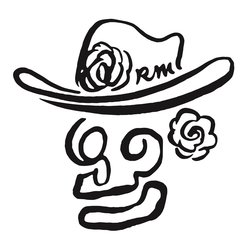 Inspired by the primitive garage rock and strange psychedelic sounds of the 1960s, Rosa Maria create a rock n roll cocktail that’ll possess the hips of any listener. Combine that with an insatiable lust to entertain and an endless list of new material, Rosa Maria are not a band that you will easily forget.

Since performing their first show in early 2017 and releasing their debut album 'Let It Be Known', the band have torn through venues all over the country – playing shows alongside the likes of The Murlocs, Stonefield, The Ruminaters, and a whole stack of others.

Rosa Maria are gearing up to release their second full-length album entitled 'Here She Comes' on September 20 (once again working with Owen Penglis of Straight Arrows). The group continue to hypnotise Australia’s live music scene with their incredibly danceable and authentic rock n roll songs.


'Here She Comes' is the 3rd single and title track from Rosa Maria's sophomore album. An ode to La Calavera Catrina (the symbol for the day of the dead). "She comes from the dead to tell me to not fear death, but to celebrate death." - Broc Townsend. This dark and groovy surf tune will hypnotise you.