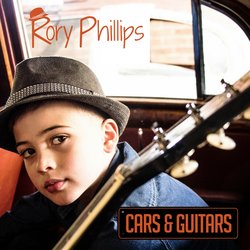 
This is Rory's life story (so far) in a travelling song. It tells the journey of how he started in music, to where it has already taken him and also where he'd like to go. At just ten years old, Rory also plays the lead guitar on this track.

Other tracks by Rory Phillips: In The USA  -  Train Wreck Blues
%