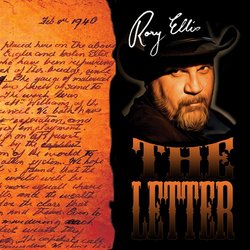 Rory Ellis plays original Americana music. A singer songwriter of over 30 years he has earned his place alongside many of the world’s most renown artists. Treading lightly throughout the journey he has gathered the respect of audiences, media and colleagues, without making a song and dance, paying attention only to the quality of his work. This is his legacy. His voice owns the lyric, his delivery stated, and his story real. From the first note to the final word, you will be transported into his life, and also parts of your own you deemed impossible to peg. An Australian gem, still under the surface, and gracefully remaining there for you to dig up.

The singer-songwriter said his style of Americana allows him to explore folk, country and blues. Just as Tom Waits was a genre unto himself and could write anything in any genre, his music is all about being Rory Ellis, with no box broad enough to contain his musical leanings. “It's the freedom of the genre that I love…. it allows you to speak your mind.”