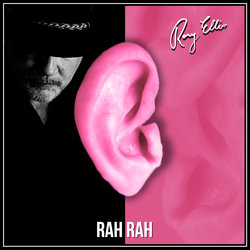 Master Australian songwriter Rory Ellis will hit the road this June to welcome his new 5-track release ‘Rah Rah’ into the world.

An underground hero in alt-country and Americana circles, Ellis has release seven independent albums to date and is a veteran of the hard road of tough trails across Australia, The UK and Europe. ‘Rah Rah’ is classic Rory Ellis and brings magically crafted lyrics, taking the listener to places of sensuality, life awakenings and the dark side.

Rory has performed on some of the world’s biggest stages, alongside Richie Havens, Robert Cray, Canned Heat, Seth Lakeman, and many others. Seven acclaimed albums, seven countries of extensive touring, and hundreds of festivals later, Rory is looking forward to concreting his return to his homeland, and catching up with his Aussie Fans on the road.


shake those city shackles, put on your old jeans, slip on a straw hat and walk in the mud! A high energy, tongue in cheek country rock track that will make you want to screw a bullhorn to the top of your rust-bucket, and head to your local moonshiner.