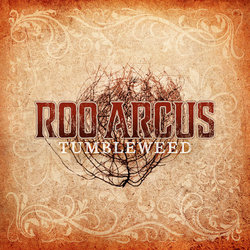 This Australian cattleman, who to this day works the family farm, oozes authenticity and is true to his country roots.

The 2016 CMAA Award Finalist for ‘Male Artist of the Year’ and ‘Toyota Heritage Song of the Year’, Arcus has more than earned his stripes in Australia and is now taking on the world stage, splitting his time between Southern NSW and the Country Music heartland of the Southern United States.

Arcus has now released 3 albums resulting in a string of radio hits, awards and nominations, toured and played most the major festivals in Australia and twice been an official CMA showcase artist in Nashville.

Turning his focus to the future, Arcus is set to release his fourth studio album in late 2019, recorded on ‘Music Row’ at SonyTree Studios, Nashville.

This new record is testament to a man who knows who he is and who’s not afraid to blaze his own trail. Such grit and tenacity come from a lifetime of walking the road less travelled.


Tumbleweed is a song about a drifter who blows in and out of town like a ‘Tumbleweed'...that person who just can’t stay still long enough to win the heart of the love of their life, written by country music heavyweight songwriters Troy Olsen, Jim Beavers & Brett Beavers, and co-produced by Tim Crouch and Roo Arcus himself.