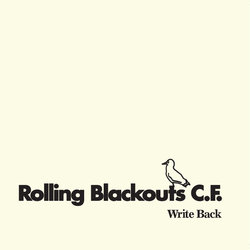 Born from late night jam sessions in singer/guitarist Fran Keaney’s bedroom, Melbourne five-piece RBCF stand out even among the fertile scene of Australian jangle. Their rich, poppy guitar melodies with propulsive rhythm have already earned them a wealth of international buzz, with the likes of Stereogum and Spin singing their praises. With support and enthusiasm growing steadily with each new track, Rolling Blackouts Coastal Fever are set to run wild over the new year.


‘Write Back’ was written by guitarist and singer Fran Keaney about a hapless internet romance that will never be consummated. Terse, bright guitar lines play with a tip-tapping beat and the echo of Keaney’s yearning bounces off itself.