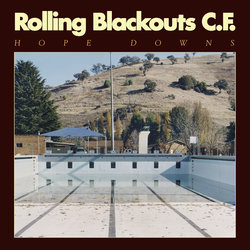 'Talking Straight’ marks the second release of new music from the band for 2018. Previous single ‘Mainland’ saw the band receive accolades from the likes of Pitchfork, Stereogum and DIY Mag as well as high rotation from triple j and community radio alike. Having recently wrapped 2018’s Laneway Festival, where the band were a highlight act, RBCF will gear up for a huge few months as they head over to North America and Europe to play a run of headline shows and festivals including Coachella, Shaky Knees, The Great Escape and Primavera Sound.


'Mainland’ boasts the same urgency as tracks like 'Clean Slate' and 'Sick Bug' that helped bring the band to the attention of punters and won them critical acclaim. Inspired by a 2017 trip to his grandparent’s birthplace of the Aeolian Islands off Sicily.