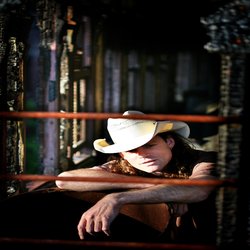 ROD Dowsett tells it how it is. Real-life stories.
Perhaps it’s his emotionally charged vocals telling stories from his own experiences, or his fresh sound which he makes his own.
Combining great lyrics, great sound and great experiences have seen Rod consistently blow audiences away – and not just with the locals.
His single ‘I Got Me a Boat’ received national airplay, including on the ABC Radio’s show Saturday Night Country, making its Hottest 100 Tracks and reaching the Top 100 Country Hits Chart.
The film clip was also shown on Country Music Channel.
He was honored with three of his songs, ‘Dodging Bullets’, ‘Robbin’ & ‘Drunken Arsehole’, securing finalist spots in the Top 100 2005 Musicoz Awards Country Artist of the Year.
Finalist in the Musicoz Awards Blues and Roots 2010 with Skinny White Legs from His 2008 release “String of Hearts”
Rod has now just realest his forth studio album THE BAD & THE BEAUTIFUL where while this journey tack him???

Other tracks by Rod Dowsett: English Rose  -  Little By Little
%