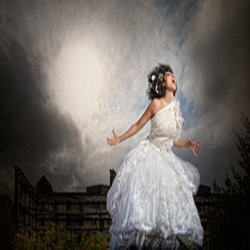 Album track, Everybody’s Gotta Learn Sometime was the theme for the cinema, radio and television campaign for the 2008 Australian season of The Biggest Loser.

Robyn’s past lives have seen her presence impact Australian pop culture as lead singer of girl group Girlfriend (Australia’s blueprint for the Spice Girls), as star of films such as Idiot Box and Somewhere in the Darkness, as the face and voice of Pacific Island soul/dance opus Siva Pacifica and with her edgy solo releases Sick With Love and Love Addiction.

Robyn has shifted over 500,000 units through Girlfriend, Siva Pacifica and her solo career. Her debut album Malaria: The Lost Album (including the hit single Sick With Love) was recovered in 2008 by GoSet Music and released on iTunes and at the Goset Online store.