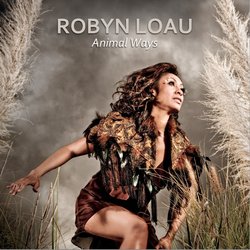 As a solo artist and as the lead singer of Girlfriend and world music project Siva Pacifica, Robyn has had hits across Australia, Europe and Asia (including an album recorded almost entirely in Japanese).

Her major label album Malaria which was shelved due to a record company merger was negotiated out of hibernation by Goset and released as Malaria: the Lost Album, featuring the cult classic Sick with Love. A live rendition of this song features on this Animal Ways single.


A Live acoustic recording of Robyn's hit cult classic Sick with Love from her debut album Malaria. This recording features Jak Housden on guitar and was recorded at Fox Studios' Trackdown Scoring Stage.