Robert Muinos - I Was Dreaming 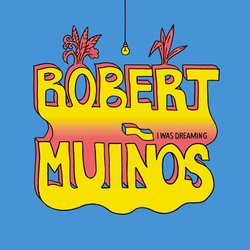 I Was Dreaming is the debut single from Robert Muinos; but it is definitely not his first time around the block. Perhaps better known to the public as the disarmingly charming guitarist and backing vocalist in Melbourne's 9-piece soul rock extravaganza Saskwatch, Muinos has now stepped out on his own to showcase his talents as a singer-songwriter.

Having done the touring hard yards both nationally and internationally, Muinos has found time to turn his gaze to greater introspection. In between a busy touring schedule during mid 2014, Muinos persuaded the rest of the Saskwatch rhythm section to forgo a week's long awaited break and head to Queensland to hole up in Magoo's studio to record his debut EP. With the release of the EP due early next year, expect a big year ahead for the band.


I Was Dreaming captures the sound of a band forged, not depleted by the road. You can hear the miles rolling by in the drums and bass groove, the late night' and hangovers in the yearning harmonica while the vocal melody seems to search for something naively optimistic.