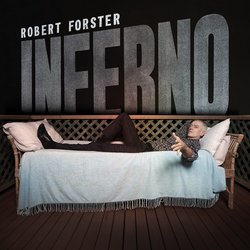 Robert Forster is an Australian singer-songwriter, best known for his work with songwriting partner Grant McLennan, with whom he co-founded The Go-Betweens.

Born 29 June 1957, Forster grew up in Brisbane, Australia. He met McLennan in drama classes at the University of Queensland and, inspired by a mutual love of Bob Dylan and the New York music scene, formed the Go-Betweens in 1977. The first Go-Betweens single, Lee Remick, was released on their own label in 1978 and the first Go-Betweens album, Send Me A Lullaby, was released in 1982, by which time Forster and McLennan had been joined by drummer Lindy Morrison. For much of the 1980s the band were based in the UK, releasing a total of six albums in this decade and adding more members including Robert Vickers on bass and multi-instrumentalist Amanda Brown, before splitting at the end of 1989.


Driving music at it's very best, Inferno (Brisbane In Summer) showcases all we know and love about Robert Forster. Relentless, playful piano stabs, deliciously gritty guitar tones and an unmistakable vocal. Roberts song writing chops and effortless cool ooze through his 2019 material in the same way it did in the 1970’s. Get onboard!