Robert Cini - Get You Back 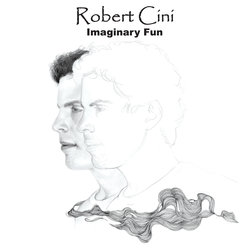 Hailing from Innisfail in Far North Queensland, fresh from the long-awaited release of his debut album ‘Imaginary Fun’, Robert embarks on a new beginning after overcoming serious health issues including Thyroid cancer along the way to making the album. But just like his long life battle with a Vision impairment nothing can stand in his way! He has just won a second Australian Songwriters Award for his song 'Different Road' awarded 'Best Folk/Acoustic song' at the 2019 ASA Awards in Sydney. It follows the success of his self-titled EP which included ASA award-winning song ‘Haven’t You Noticed’.

Robert's music receives regular rotation on radio in Queensland, interstate and overseas. A top 5 finalist in other major Australian and international song competitions including the ‘MusicOz Awards’ and the ‘Glenn Shorrock Music Scholarship Award’. His music was recognised amongst thousands of artists from around the country by Australian music legend Glenn Shorrock ('The Little River Band') quoted talking about Cini '"Great voice, engaging commercial sound, fabulous".. Robert performed alongside, The Little River Band, and James Reyne at Lyndoch Uncorked Festival in the Barossa Valley. He’s also supported Kim Churchill, The Acoustic Guitar Spectacular and recently played Tanks Uplate after the Hoodoo Gurus.


'Get You Back' is track 4 off the debut album 'Imaginary Fun'. It illustrates another powerful vocal performance from Robert Cini and engages listeners with a contagious melody and upbeat rock rhythm. Not too dissimilar from Rebert's previous releases, showing that he still loves to Rock!

Other tracks by Robert Cini: Staying at Home  -  Running
%